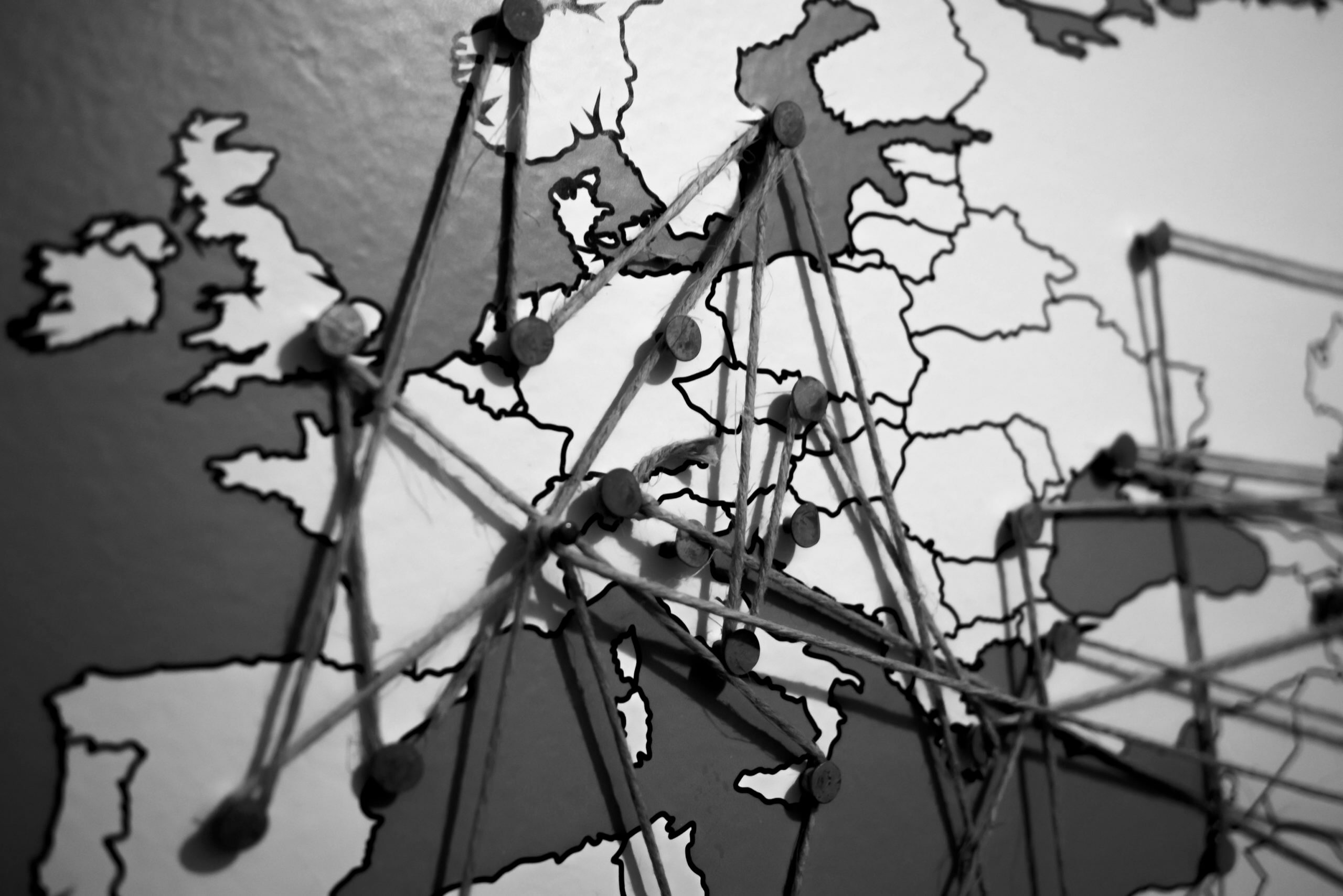 EU: “Human dignity is inviolable. It must be respected, protected and constitutes the real basis of fundamental rights.”

It comes as no surprise that the very first of all values the EU claims to uphold is Human Dignity. A history of Europe reads in many ways as the repeated violation of this principle, whether it concerns World Wars, colonialism, conquest, slavery, Oliver Twist, evil emperors and bloodthirsty kings. The first thing Achilles does upon defeating Hector is dragging his corpse behind his chariot around the walls of Troy. Yet, despite its dark pages, Europe also has a long tradition of respect for the individual and has firmly established the concept of Human Dignity as the cornerstone of its ethics, law and politics.

Human Dignity knows many conceptual forms that are connected to sanctity, autonomy, personhood, flourishing, and self-respect. We might trace its origin across millennia of philosophical and religious thought. One could say that our value of Human Dignity is a modern continuation of the Christian idea of the soul, and before that of ancient mythology, such as the Greek Goddess of the soul, Psyche. However, Human Dignity ipso facto does not inform us on the what and the how: agreed, human beings are intrinsically valuable, now what? Human dignity produces, at different times, strict prohibitions and empowerment of the individual. The idea serves as the common ground upon which our system of ethics, politics, rights and duties is built. In other words, the content of Human Dignity is defined by what rights and freedoms we ascribe to be naturally human.

The question at hand concerns not only how governments and leaders serve or breach Human Dignity, but also how we as Europeans relate to the concept, and more distinctively, as individuals. Do we stand by our own dignity as persons, and how do we protect that of others? Do we encourage ourselves, our colleagues and close relations to lead dignified lives?

An understanding of the concept of Human Dignity is the bridge by which we may start to explore the other important values of the EU in the following modules: freedom, democracy, equality, rule of law and human rights. In order to foster a deeper understanding of Human Dignity, you will be challenged to explore your own humanity through a series of enticing and provoking themes.

The formulation of the concept of Human Dignity into law was the direct result of the horrible atrocities witnessed by Western civilization during WW2. The realisation that even the German people might fall so low was a wake-up call to other European nations as well: we must prevent this from happening again at all costs. However, while powerful states might trample our Human Dignity, the individual can remain sovereign. One remarkable example we find in the deeply personal accounts of Viktor Frankl, who endured the hardships and dehumanisation of the German concentration camps. His ability to retain his sanity and dignity in the face of evil and suffering is  testament to the fact that Dignity is also something that each of us inhabit individually and actively.

Privacy was first defined in 1890 by United States jurists Samuel D Warren and Louis Brandeis in their article “The Right to Privacy” as “the right to be let alone”, particularly vis-à-vis the state. Since then privacy has become a staple of Western democratic countries. Some of its worst violations occurred on the European continent under the Stasi, the German secret state police. What is “privacy” anyway? And are there legitimate reasons that might supersede this right? The German Constitutional Court, for historical reasons, is extremely strict and protective on the matter of privacy, more so than other European countries. In 2016 it ruled that new anti-terrorism laws were partially unconstitutional. What can we learn about Human Dignity and respect for privacy from modern Germans? Corona laws?

On 20 January 1942 the villa Am GroSen Wannsee was the site of a conference of top nazi and SS officials which still sends chills down the spine. The purpose of the meeting: to organise the “final solution to the Jewish question.” These plans were preceded by a long process of dehumanising jews and other “untermenschen” to the point of being on par – in the eyes of the nazi regime – with vermin.  The premeditated horror they would visit upon their victims would be unparalleled in its ruthlessness and morbid efficiency. This extreme example of dehumanisation and its ultimate consequences still lives on in the common European consciousness. Can we compare modern vilification of migrants by populists in the same light as earlier fascist dehumanisation?

Theme 4: Justice at the Nuremberg Trials

With the allied victory over the Nazis, the West now had a new challenge to meet: how to shape the future so that such horror would never have to be experienced again. The allies were determined not to repeat the mistakes of the Treaty of Versailles, in which the Germans had been singled out as the cause behind WW1. However, the atrocities of WW2 were so enormous, that something needed to be done. The allies decided to try and impartially pass judgement over the captured Nazi leaders. This abstinence of victor’s justice was, in justice Jackson’s words, “one of the most significant tributes that Power ever paid to Reason.” Even the most malicious Nazi’s were therefore allowed the dignity of a trial by law. Many of their crimes however, constituted offences against that very human dignity. The Nuremberg trials are an essential moment both for the European value of Human Dignity, and for the Rule of Law.

The aftermath of WOII instilled a global commitment to peace, and saw a new movement formed based on human rights, which was humanistic in most of its thinking. In 1948 the Universal Declaration on Human Rights was adopted by the UN. What are “rights” anyway? And what is so important and universal about human dignity that it needs preserving and protecting on an international scale? Can we ensure respect for human dignity by securing individual rights?

Allegedly, when the German Chancellor Angela Merkel saw the infamous photograph of the dead 5-year-old refugee from Syrian lying on a Greek beach, the decision was made: Germany would open its borders for the more than 500.000 refugees waiting anxiously for an opportunity to reach its borders -‘Wir schaffen dass’. How does respect for Human Dignity guide us in dealing with refugees? How about economic migrants? How much Dignity do we attribute to them? What does this tell us about how Europeans regard this core value of Europe? What happens when leaders have to make tough decisions in the face of human dignity? Are we as Europeans responsible for the Human Dignity of all mankind?

The EU forthrightly states that Human Dignity is “inviolable”. Why is this the case? What about Human Dignity makes it inherently “sacred”? To understand this question, we must consult a long history of religious and moral thought. After all, the idea that human life is sacred is thousands of years old and has been deeply rooted in European law and institutions for centuries. The stoics wrote of dignity as something internally secure and impervious to the encroaching world. Tenach, Bible and Koran all speak of the immortality of the soul.  Conversely, the history of Europe is also testament to what is possible if this value is forgotten or disregarded. Is our ancestors’ understanding of dignity and the human soul similar to our modern understanding of Human Dignity?

Many of the widening rifts between Eastern and Western European countries today hark back to a time when Europe was divided by the iron curtain. Barely a generation ago, our Eastern European neighbours suffered under the state apparatus of the Soviet Empire. The legacy of totalitarianism echoes through Berlin today. The long arm of communism stretched right to our Western European doorstep. How is it possible that an ideology that set out to create the brotherhood of mankind turned into such a brutal and suffocating regime? We will explore how under communism and the GDR human dignity was brought to its knees and how individuals tried to cope under the red flag.

Theme 9: Dealing with the past

How do Germans today reckon with their dark past? The line between victim and perpetrator is easily blurred. Is inaction in the face of evil a crime? Is anyone really without guilt? The struggle to overcome the past – “Vergangenheitsbewältigung” – is a delicate and sensitive process. What roads should civilization take? Penance, reconciliation, denunciation, or erasure? How do we settle the moral debts of the past? We explore Berlin to find out how Germany has sought to settle these questions. Have they succeeded?